bound by colors and drapes of emotions,

so you’re sitting there,

are you serving your role?

is it specific or of

If so, how do you manage?

If not, whats your role then?

training as a lab chemist

So then, before then?

Oh! during? I see

Just tell me what slacked activism,

keeping  a watchful eye from Trump

Then, a Transition ,  a Transfer & Transformation …

rocking back and forth,

bobbing and swinging between

the gallops of air,

for a parachute of your claims

You are weird. You live for fictional characters and people you may never meet. You think in Shakespearean (thank you for introducing me to your world’s playwrights, by the way, marvelous stuff) and lyric but clam up in public. You observe and calculate and drift and obsess and stretch yourself thin. I honestly have no idea how you manage… everything. I reiterate: you are weird, but I am glad I found you. Approached you? Appeared? I can’t recall exactly how it happened–it would seem my memory is as good as yours. And yours is pretty bad.

I have learned as much about your world as I would care to. Truth be told, it’s wild. Your leader resembles an overripened orange. Specifically, where I’m from in my universe, politics are simple, just. Yours are a freak show. No offense. I don’t think I’ll take mine for granted anymore. But I digress.

Do I regret not speaking out more to my fellow alchemists? To the others of your world? To you? Perhaps. I’m not one for speaking first (A sentiment which we seem to share.) which makes this whole month-long encounter all the stranger. Why was I compelled to talk to you of all people? Well, that I don’t know either. Honestly I could have just slipped back into my world, and almost did, but…

There’s a magic to your world, one that’s… simpler, more subtle, than that which is in mine. It was intriguing, upon first encounter. Where mine is tangible, visible, arbitrary but moldable, alchemical (ha) yours is… in things. In yourselves. A kind of power that I want to learn more about but… yeah, I’m too lazy, to be honest. Chalk it up to mysteries of the multiverse. It’s weird. You’re weird.

Take care, weirdo. It was good to know you. I’ll try to keep in touch. If I don’t forget. 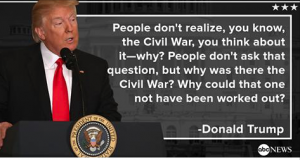 why do you dive,

deep to the ultimate ends.

ends of fibers extended from thy scalp.

a scalp full of thoughts, recipricals,

divided by inner most & dire thoughts

I feel like you already know majority of what I’m about to say. But, I want to put my writing skills to use and write what I have told you. As you know, I learned a storytelling tool called storyjumper that has made a story I contributed to and possibly will make my stories in the future more captivating. Next, I learned I can and have stretched myself to be more creative than what I already am.

You know I am social, but I learned how to adjust and not just communicate with people in arganee that have different personalities, strengths, and weaknesses other than my own. I learned how to make things work.

I feel/learned digital alchemy gives you the opportunity to be creative and creativity has often been the catalyst to change our world.

all that i can tell you —

some you’ll have to ask,

well, ever heard of peeling the onion,

your patient whisper, a

gentle breeze on the hairs of my throat.

they blink and they flutter.

that holds onto the blue lines of my arms.

air gaspings while in the zone, exchanging

a pretzeling collective of 4 arms, reminding

one another of their strength in lockdom.

there are such things.